Ledger was founded in 2014 by an ambitious team of eight entrepreneurs who saw the potential of blockchain technology to advance the way we live and that security would be the cornerstone of its long term success. The company has been growing at a fast pace since then and now employ 82 people in San Francisco, Paris and Vierzon.

The company, which is already profitable, has sold over a million cryptocurrency hardware wallets across 165 countries. They are also launching a new solution for financial institutions, the Ledger Vault, enabling banks, hedge funds and family offices to manage their crypto assets.

The investment will enable the company to significantly scale up its operations as demand for their products increases at pace. 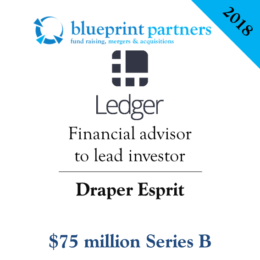 “Blockchain, as evidenced by crypto assets, is a truly revolutionary technology. Security will be paramount to its success and we believe that Ledger has built the world’s best security platform to manage private keys for all blockchain and crypto asset applications.“ 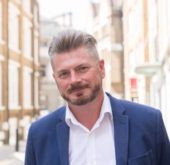 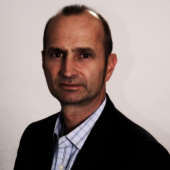 “We were impressed by the exponential growth of Ledger and the level of experience of the Management.“

Read more about the transaction:

Blueprint Partners executes equity transactions for small and medium enterprises in digital sectors. We help entrepreneurs and managers define their growth strategy, help them to orchestrate organic growth and build-ups, and execute adequate fundraising, M&A buy side mandates and/or recapitalization mandates. We typically execute fundraising transactions between €2m and €15m.

We also accompany shareholders (entrepreneurs and investors) to sell part or all of their shares (M&A sell-side transactions). Our focus is on companies with Enterprise Value ranging from €10m to €100m.