Ayro raises €10.5m capital to boost the development of its innovating wing-sail solution to help decarbonise the maritime transport industry

Founded in 2018 by Marc Van Peteghem and Nicolas Sdez as a spin-off of the famous French naval architecture firm VPLP, AYRO designs, manufactures and sells Oceanwings®, a wing-sail technology that can decrease fuel consumption on major cargo ships by as much as 45%.

Today, 90% of world trade is carried by the international shipping industry. In 2020, more than 3% of the world’s CO2 emissions were created by cargo ships at sea. Typical container ships consume more than 60,000 gallons of low-grade, high-sulfur fossil fuel per day. As maritime shipping continues to grow, projections call for as much as 17% of all CO2 released into the atmosphere by 2050 will be caused by ships at sea unless significant measures are taken.

The Oceanwings® system can significantly reduce CO2 emissions and help shipping companies comply with new environmental regulations, including the International Maritime Organizations’ regulations that require a reduction in shipping emissions of 45% by 2050.

AYRO’s unique patented technology was originally developed by VPLP Design for the BMW Oracle racing sailboat that won the America’s Cup competition in 2010. Following a prototype from 2017 that tested the Oceanwings concept, two wings were installed on the catamaran “Energy Observer” in 2019. The boat is a floating laboratory that has been sailing around the world for the past 2 years promoting new propulsion technologies with zero harmful emissions. Last year, AYRO signed a major contract for four Oceanwings363® wingsails to be fitted on the ship “Canopée,” a roll-on, roll-off vessel under construction and chartered by ArianeGroup that will be launched next year.

The funds raised in this investment round will be used to boost Oceanwings® development and industrialization, to start up a production facility in Caen-Blainville, Normandy, and to reinforce sales and marketing. 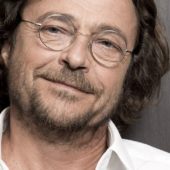 “We are delighted to have been able to assemble this unique team of investors. They are passionate about what we do and have a deep understanding of our sector. We are looking forward to working with them to make AYRO the reference mark of the hybrid wind propulsion market“

“With shipping companies and shipyards increasingly interested in wind propulsion technologies, the market is expanding fast. Thanks to this new funding, we will be able to answer that demand, demonstrate our unique technologies, and supply our flagship product, Oceanwings®. We are looking forward to exciting times ahead“ 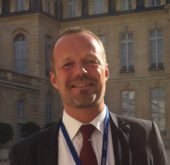 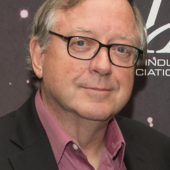 “Chris Anderson, curator of the TED Conferences, created Ocean Zero to identify and support new innovative companies that have the potential to be game-changers in reducing maritime CO2 emissions, which are large contributors to climate change. AYRO is exactly such a company, employing world-class leading technology to assist ships at sea in significantly reducing fuel consumption. The AYRO system is simple, proven, computer controlled, and safe. “

“We are very proud to have supported AYRO’s management team in this fund-raising process. AYRO is leading the way in lowering the CO2 emissions of the maritime transport industry. With a great solution, a strong vision, a unique operational team, and highly dedicated and international investors, AYRO now has the ability to deeply impact the maritime industry and help achieve #netzero“ 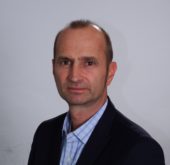 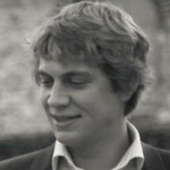 “We were particularly impressed by AYRO’s high-end technology. Environmental impact is a current topic, especially within the maritime industry. Through the ‘Plan Climat’ of Bpifrance, we assist companies in their ecological and environmental transition plan and support those with a significant impact on the environment. Thanks to recent regulations and the evolution of stakeholder awareness on environmental issues, the market for hybrid wind propulsion is going to take off very soon”

“It was essential for Mer Invest to support an efficient and clean game-changer in the maritime transport industry by investing in AYRO. With a great world-class team and a booming market eager for innovative solutions to environmental issues, we are confident in AYRO’s upcoming success“ 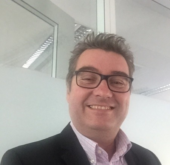